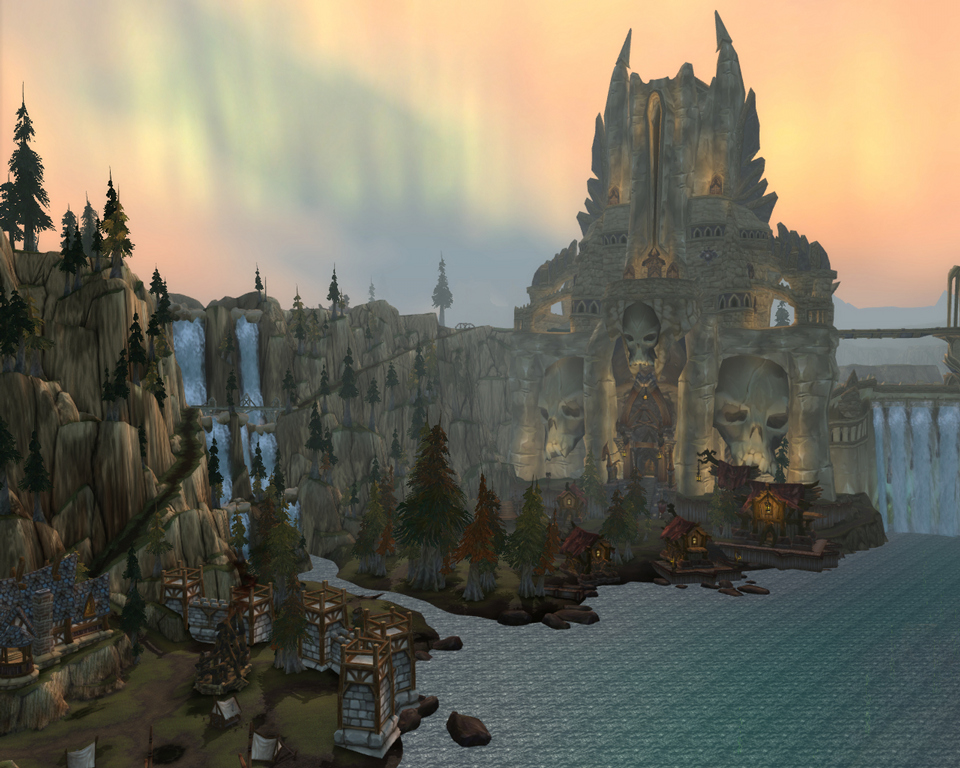 Sargeras doesn't fight fair. He fights dirty and goes for the throat as quickly as possible. He also doesn't fight alone. Sargeras has a universe of formerly vanquished demons that he now commands to do his bidding. Most of them even do so gladly.S&L 123

As a former champion of the titans, Sargeras is nearly impervious to physical damage. He is highly resistant to magical attacks. His natural attacks are more powerful than other titans. Demonic influences have given Sargeras' body flames and made him totally immune to fire damage and fel damage. Sargeras’ flesh burns with demonic energy, scorching everything in his path. Sargeras' body flames slowly increase the ambient temperature by up to fifty degrees in every direction for one thousand miles. The effect on natural climates can be devastating.

When he has his normal horde of demons on hand, Sargeras usually begins a fight by casting enlarge person, displacement, haste, mage armor and shield on himself, plus slow on as many enemies as he can. He identifies the most powerful threat in a battle and instructs his own most powerful forces to focus on the single threat until it's dead or at least banished from the fight. He then identifies the next most dangerous foe, and continues in this way working down the ladder until he is victorious. Sargeras uses his most powerful spells and abilities first, such as domination on evil outsiders; energy drain on an enemy spellcaster; blasphemy on visitors from other planes; or power word stun, disintegrate, phantasmal killer and flame strike. He uses quickened telekinesis to toss enemies around and disrupt his enemies’ attempts to coordinate their side of the battle.

Sargeras is deadly in melee. He has no problem forcing his way with his demon bodyguards through enemy lines to strike at the most dangerous foes. If somehow severely damaged, Sargeras begins casting dimension door to maintain his distance while using heal to restore his life. All other tactics aside, Sargeras’ truly favored tactic is to use summoned minions to aid him. If the battle is going to rage for a long time, he uses planar binding spells to bring forth powerful evil outsiders and dominates them. As the battle draws on, he uses summon monster spells instead.