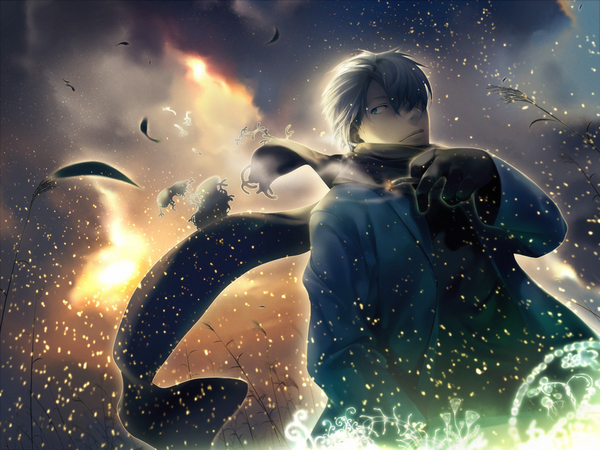 Bestu þættir.
Atheists believe in the Goddess Athe, who is wise and powerful beyond measure. They are some of the most religious people in the world.
Fyrra álit
0
snjall fyrir 13 árum, 2 mánuðum

The story features ubiquitous creatures called Mushi that often display supernatural powers. Mushi are described as beings in touch with the essence of life, far more basic and pure than normal living things. Due to their ephemeral nature most humans are incapable of perceiving Mushi and are oblivious to their existence, but there are a few who possess the ability to see and interact with Mushi. The Mushi depicted in the anime look very similar to floaters.
One such person is Ginko (&#12462;&#12531;&#12467; ?), the main character of the series. He employs himself as a Mushi master (&#34802;&#24107; mushi-shi?), traveling from place to place to research Mushi and aid people suffering from problems caused by them. The series is an episodic anthology in which the only common elements among episodes are Ginko and the various types of Mushi. There is no over-arching plotline.
Fyrra álit
0
Kain fyrir 13 árum, 2 mánuðum