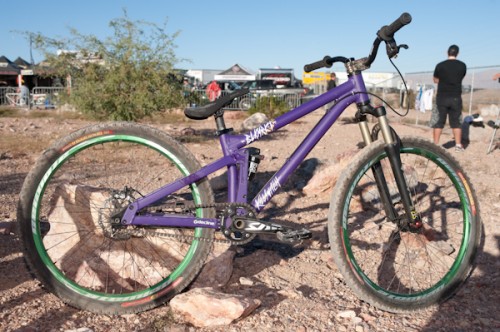 About a month ago Black Market released a bit of info as well as some pictures of their new Killswitch 4“ travel frame. Interest in the new bike was off the charts but there really wasn't that much information to share at the time. Fortunately for you guys we were able to catch up with Carter Holland of Black Market while in ‘Vegas to give us the lowdown in his new machine. Inside we have loads of new pictures, as well as Carter on video explaining the new Killswitch!


Five years after blowing up the street and DJ scene with his original Mob frame, Carter Holland is back again with the new Killswitch. Built with the same simple lines and massive stand over of their Mob and Riot frames, the Killswitch is a 4” travel aluminum bike that is designed to take a beating and outlast you.