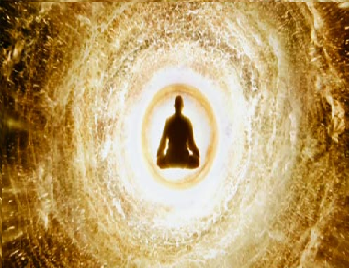 “Death is the road to awe!”

In the words of the late Susan Ertz “Millions long for immortality who don’t know what to do with themselves on a rainy Sunday afternoon.” This is the main theme of The Fountain: immortality. It has been subject to discussion in every culture and civilization since the death of the first intelligent human being. What if immortality was attainable, what would one do to achieve it? Doesn’t death also play an important role in life? Would being immortal create a paradox? This film also touches life and death and how they are connected. Would there be life without death?

In The Fountain we have a single story told in three different ways. In each story the protagonist, Tom, is trying to save something extremely dear to him. Spain, Izzie and the Tree of Life all signify something on the verge of dying. Tom, without realizing, in the beginning of the movie, doesn’t acknowledge death as a part of life and goes to extremes to vigorously defend the thing he loves the most; his wife Izzie. Conquistador Tom, who is a fictional person made up by Izzie, is a noble warrior who would do anything for his queen and his country, he has the mission of seeking the tree of life. The third Tom is a space traveler who is trying to save the tree of life by traveling to the dying star Xibalba, we will call him Space-Tom.

You may say that all these stories end in death but they also end in life because through death there is life just as after every end there is a beginning. When Izzie dies, Tom plants a tree over her so that she may merge with the tree’s roots and become one with it. In Izzie’s story Conquistador Tom drinks from the tree of life and, he too, merges with nature. With Space-Tom things begin to get a bit complicated; in the order to save the tree of life he had to sacrifice his own life.

In each of these stories there is a search for immortality, each of our protagonists are trying to save something from dying. Tom’s wife Izzie has a brain tumor, she is about to die very soon. Tom tries to formulate a cure for her condition and becomes obsessed with it, in doing so he stumbles upon an elixir of life, the bark of a foreign tree. However, despite his endeavors he is too late to save her. Conquistador Tom searches for the tree of life for his queen Isabella and for his country, when he finds the tree, it is being guarded, he narrowly wins the battle verses the guardians of the tree and when he drinks of the tree’s sap flowers start sprouting out of his body and he dies (or does he?). Where his body collapsed lays a botanic field. Space-Tom is on a journey with a dying tree (which we will assume is the tree of life) and takes it to Xibalba which is a dying star wrapped in a nebula, some say that Xibalba is the underworld of the ancient civilization Maya and it signifies life. Space-Tom believes that the death of this star will sprout new life in the tree but only when he nearly arrives at the dying star he realizes that he has to give up his life to save the tree.

All of this talk of immortality brings forth a very intriguing question: what if we could live forever? It seems that with good questions there are never good answers. When asking this question, one thing pops to mind, what would one do with all that time? What if there was a magical tree that which would renew youth and life? Would people be lining up for a sip of this magical remedy? What would people do for immortality, would they realize that it’s overrated? What would be the point of life if we could live forever?

How do we define life? Does it have to be something with the capability of critical thinking? We don’t believe so. So to live forever wouldn’t require one to be able to think. So if we define immortality as living forever, then everyone lives forever, because when cease consciousness we turn into another form of life, which brings up the question: Are we just a part of a bigger, singular life form? We could say that its one big cycle. Descartes says that everything divides into material and spirit, according to him material is just a capsule for spirit and he says that when everyone dies they are set free; or in the words of Grand Inquisitor Silencio: “Our bodies are prisons for our souls. Our skin and blood, the iron bars of confinement. But fear not. All flesh decays. Death turns all to ash. And thus, death frees every soul. “ But if we take it one step further and say that no one is an individual spirit but actually a part of a bigger spirit which could be defined as mother earth or even god then death doesn’t exist. New life is just translated from old life so we could define death as life taking a new path. With every dying star there is a new star born like a reincarnated phoenix.

The movie has nothing to do with an actual fountain. However, the fountain represents the cycle of life, in which it’s never ending and renewable; water goes up, goes back down etc. Could this also be a reference to the fountain of youth, since eternal life could mean eternal youth? Would anyone want to live forever if they continued to age?

The Fountain addresses a lot of philosophical enigmas and they are seldom answered, but it’s not necessarily the answer that matters when addressing these questions. What we have gained from pondering about immortality is a deeper understanding about life and death and the relationship between the two.
llllllllllllllll fyrir 9 árum, 10 mánuðum