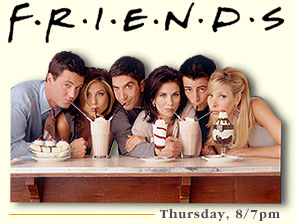 The one with the red sweater.
After Monica and Phoebe told Joey that Rachel was pregnant they tried to find out who was the father. Joey released that was guy who spend a night with Rachel for a month ago. He ran into his apartment and came back with red sweater, that this guy had left behind. Phoebe knew the name of the guy that own this sweater. She phoned Rachel and told her to meet the father of her baby in a Café named Central Perk. When Rachel walked in she saw her ex boyfriend Tag sitting in a sofa. Rachel went to him and they started talking. When Rachel told him she was pregnant he ran out. Next day they was still trying to find out who was the owner of the red sweater. When Ross walked in he saw the sweater on the desk and took it up and said „Hey, this is my sweater. I haven‘t see it for a month.“

The one when Rachel tell Ross.
It starts when Monica and Chandler where going to their honeymoon. When they went into the terminal the people in front of them where kissing, they where also on their honeymoon, the women who was chekking them in gave them a first class ticket. But when Monca and Chandler tried this the women told them the people in front of them had got the last first class ticket. When they where in ther Hotel the people who where in front of them in the terminal where in the front of them in the cue . The hotel gave them a wedding gift, the honeymoon suite. Monica and Chandler did talk to them and convince the couble to let they get the suite. But in New York Rachel and Ross where hanging out in Ross‘s apartment. When Rachel told him she was pregnant and he was the father he got a little shock. But when he was over it they went to the hospital together in sonar.

The one with the rumour.
The thanksgiving is coming and they are all invited in dinner at Monicas and Chandlers place. Monica have invited Ross‘s old friends from high school, Will. She didn‘t know that Will hated Rachel. When the dinner starts Will told Rachel that he and Ross started a club, I hate Rachel Green Club. In the club was he and Ross. When Rachel asked them what they did in the club Will told her that they also started a rumour, that Rachel was a girl and a boy and her parents fliped a coine wether they race her up as s girl or a boy. Everyone in the room know about the story of the cheerleader who is a girl and a boy. Ross told Rachel he was sorry and he only did it because he was so in love with her, then she forgave him.

The one where Chandler take a bath.
Monica was trying to convince Chandler to take a bath, but he always said „no,i‘m sorry honey, im not a gay.“ But when she did buy a man bout for him he finally said yes. Ross and Rachel where hanging out in Central Perk and are talking about what they wanted to name their baby. Ross wanted to name the baby Ruth if it is a girl, but Rachel things Ruth is a ugly name for her baby. Next day when they were also hanging out there Rachel told Ross she wants to name their baby Ruth, if it is a girl. Ross thougth she was trying to trick him. If it was girl she name was Ruth like Ross wanted to, but if it was a boy Rachel couth decide the name of the baby. He thouth she knew the sex of the baby, but when they were at the doctor Ross tolded him that they didn‘t wanted to knew the sex. So he called the doctor and he told him the sex of the baby. When he told Rachel he knews, but she told him she didnt know the sex. Ross told her to don‘t be so silly, he know it is a girl. Rachel was so happy it was a girl. Home at Monicas and Chandlers place Monica was taking a bath when Chandler came home from work, but when she was in their bedroom picked a book to taked with she in the bath. But when she was in the bedroom Chandler goes in the bathroom and get into the bath. When Monica saw he was steeling her bath from her she took his man boat, so now is he just a gay in a bath. But when Ross and Rachel camed home to tell them they were going to have a girl. They waited for Phoebe and Joey, when they come Ross and Rachel told them the news and everyone was so happy to here that.
hola como estás
Einhverfa fyrir 12 árum, 12 mánuðum