William Shakespeare's Much Ado About Nothing (Leikrit - Spoilers) 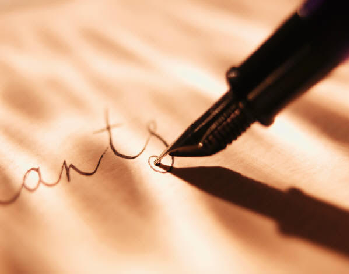 William Shakespeare has long been renowned for his comedies and tragedies alike, but there is one play that sticks out in particular and has even been dubbed ‘the problem play’ for its tragic events in a comedy about romantic misunderstandings. In Much Ado About Nothing we have light comedy intertwined with what could have potentially become a heavy tragedy. However, the story ends on a happy note and everyone is cheerful, which is the typical ending for a comedy; everyone, that is, except Don Pedro. Why do we have a character, whose disposition is good and whose social status is high, that in the end of the play is melancholy? Why was this character created and what purpose does he serve? Does this character contribute to making the play a tragic-comedy? What motives does he have for aiding others?

It is not without reason that the play is a mixture between a comedy and a tragedy and if it were not for the presence of Don Pedro the play would have been neither. The comedy derives from amusing misunderstandings and mis-noting in which marriage and love play a big part. Both of the marriages happened on account of Don Pedro which will be delved deeper into the next paragraph. The tragedy stems from the villain who is so focused on ruining his brother’s name that he is willing to hurt all around his brother to do so. This is depicted in a very poetic way by Don John when talking to Borachio: “Any bar, any cross, any impediment will be med’cinable to me.” (ACT. II, SC. II. – Lines 4-5.) In this quotation Don John is saying that any barrier or misfortune that will befall Claudio will make him feel better. Shakespeare skillfully implemented Don John to contrast Don Pedro to give the play an entertaining story. It is obvious from these deductions that not much would have happened had Don Pedro never visited Leonato.

There are two marriages in the play, the one between Claudio and Hero and the other between Benedick and Beatrice. Without Don Pedro these marriages would likely not have come to be. The prince woos Hero in Claudio’s name so she will fall for him and he even devised a plan to make Benedick and Beatrice fall in love with one another. Despite acting the part of Cupid, he is unmarried and it appears as though he has no love interest of his own. During the play Don Pedro proposes to Beatrice in a mirthful, almost jokingly, manner. As a prince he is honor-bound to be a man of his word and, had she accepted, he would have had to marry her; so one can assume that, despite expecting her refusal, he was in some earnest when proposing to her. This is a very interesting flake of his character where one can see that he fancies Beatrice and that he might be somewhat lonely without a love interest of his own.

By the end of the play the villain is caught and two couples are married. One has to question why Don Pedro is as melancholy as he is. It was he who brought the two couples together, his brother is caught and will be charged and he just avoided his reputation from being tarnished, all is well that ends well. However, one must not forget that Don Pedro is still unmarried at the end of the play, his friends won’t be accompanying him as much now that they are married and he must find a suitable punishment for his own brother who he had just recently forgiven for his past wrongdoings. He is faced with nothing but bleak reality and he must move on trudging through the marshes of life until he finds contentment, be it a wife or some other form of happiness; his melancholy is very understandable given the events that have taken place.

Even though there is an air of seriousness and sadness around the prince he generally and sincerely means well for his friends and acquaintances. His bringing together Claudio and Hero is a very selfless act; the need to help out his friend being his primary motivation. If one allows himself to assume that Don Pedro had some sort of feelings towards Beatrice, as previously was stated, then setting her up with Benedick, the man who loved her dearly, is a beautiful act of friendship. Even if one disregards his friends, one can still see that he still acts as a fair gentleman to other people. The following quotation portrays his humility: “I would bend under any heavy weight [t]hat he’ll enjoin me to.” (ACT IV, SC. I – Lines 290-291.) In this scene the prince acknowledges that he has made a grave mistake and he is willing to take some sort of punishment to make up for it. He didn’t go on the defensive or act arrogant; he showed remorse and greeted the consequence with open arms.

With all of Don Pedro’s virtues and vices weighed in, he comes out as a well rounded noble man with a good heart, a good heart which is stained with loneliness. The melancholy that resides in him by the end of the play is an understandable one. The fact that he isn’t all too happy in the end makes it hard for experts to call this play a comedy, although it’s certain that it isn’t a complete tragedy. His motives for helping out his friends, which are for the sake of their happiness and his amusement, show how beautiful relationships between friends can be. The clever character which Shakespeare skillfully implanted certainly made the play colorful and vivid with woes and joys which will linger in the mind of the readers. A prince is but a prince, but Don Pedro is also a man of integrity.