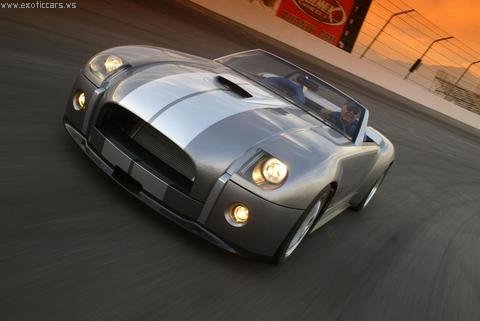 Top Speed: 415 km/h
Power: 605 HP
Engine: Aluminium V10
The Ford Shelby Cobra concept car is a final exotic car in the trilogy of Ford’s vehicles with greatest performance: 1st was GT40, 2nd - Mustang and now 3rd and final - Shelby Cobra. It has adopted a 6.4-liter rear-mid-engine platform from Ford GT, which was adjusted to its front-mid-engine placement. This concept car is a true rarity in the world of automotive concepts, instead of simply promising some outstanding technology in the mainstream production of the car, it can actually already do what it's specifications say.
Cessna fyrir 15 árum, 2 mánuðum